Relationships and sex education (RSE) will be compulsory for all secondary pupils in England from September, and primary schools will also need to teach about relationships. What these courses will contain, however, is left mainly to headteachers and governors, in consultation with parents. The Department for Education has issued guidance for teachers, but does it go far enough?

No, say young sex educators, who want the lessons to go beyond the mechanics of condoms on cucumbers to take fuller account of contentious issues such as consent, LGBTQ+, sex abuse and forced marriage.

Activist and founder of I Support Sex Education, a website encouraging support for better RSE

Good sex education is a human right, says Evans: “You have the right to know about your body, about your rights, about your own autonomy.”

Learning about different family relationships from an early age through, for example, inclusive picture books, could “prevent a lot of discrimination and bullying among primary-aged children”, she says. “If their parents aren’t teaching them respect for other people’s family environments, then it has to come from somewhere”.

Evans inherited her own sexual frankness from her parents, who sell sex toys online for a living. The environment at her grammar school was another story. She remembers only three sex education classes during her entire time there, one of which was about abortion and was given in a religious education class. “It was a video of fake doctors talking about why abortion is bad,” she says. “It was really distressing. And not fact-based at all.”

Since school, Evans has worked as an activist and a work and health journalist, contributing to the consultation on the proposed RSE curriculum as a part of various youth organisations. But, she says, the resulting guidance “completely ignored all of the young people who actually contributed”.

“Pretty much everything to do with LGBT stuff was just swept under the carpet,” she says. She adds there is “too much room for interpretation” around the two paragraphs dedicated to LGBT issues. “We can’t continue to allow teachers, education and religious officials to perpetuate a homophobic or transphobic narrative in sex education,” she says.

Kensit works with young people from an office in the Grahame Park estate in Barnet, north-west London, minutes from where she grew up.

She says that when she was 15 she began a relationship with a boy her age that became emotionally and physically abusive, and continued throughout her GCSEs and A-levels. Although she sometimes came to school “with bruises and black eyes”, she didn’t ask for help:“I didn’t have the ability to express what I was experiencing to staff.”

When we hear about teen violence, it is usually in the context of stabbings or sexual grooming. Hidden, but perhaps more common, is peer abuse within teenage relationships, she says. In a 2009 NSPCC study, a quarter of girls reported physical violence from a partner and, worryingly, 11% reported severe physical violence. 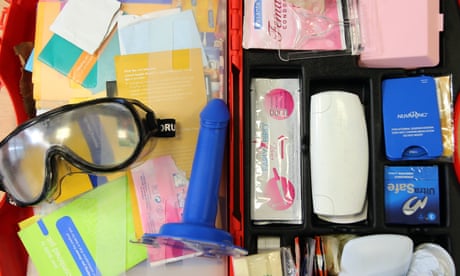 Sex education: what do today’s children really need to know?

However, the new guidance sets out the right of parents to withdraw their child from sex education until their 15th birthday, which means “thousands of parents will opt their children out of this education without understanding how important it is”, she says.

“How are you going to make sure you’re communicating with parents?” says Kensit, “especially parents with cultural or religious barriers to understanding the content of the work on offer?”

Kensit was permanently excluded from school at 14 and began attending a pupil referral unit, which is where her abusive relationship started. “Every single person that I was in school with had some experience of violence, whether that was domestic violence from a parent or a partner, gangs and on the streets,” she says.

The charity she started, Youth Realities, tackles teenage relationship abuse: she aims to give young people the kind of support she didn’t find herself.

In the charity’s workshops on healthy relationships, “some of these young people have no understanding that what they have experienced or have been exposed to is actually rape or severe sexual assault”, she says. “When it’s explained to them, it’s so shocking.”

founder of Educate2Eradicate, which campaigns on honour abuse, FGM and forced marriage

On her 14th birthday, Arifa Nasim’s best friend gave her a book, Daughters of Shame, a collection of stories from victims of forced marriage, by Jasvinder Singhera. The work had an enormous impact, motivating Nasim to join the fight against FGM, forced marriage and honour-based violence.

“It highlighted an issue that I knew was prevalent in my own community, but I was privileged enough to never have to suffer,” says Nasim, who was raised by her Pakistani mother in Walthamstow. 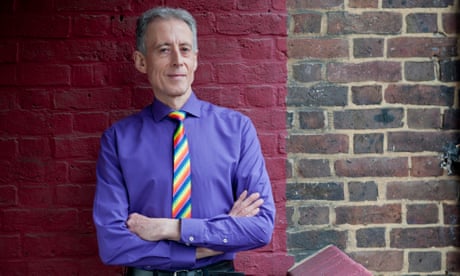 Nasim has committed herself to the issue, campaigning in her own school before becoming one of the two first youth delegates to represent the UK at the UN general assembly, where she spoke on gender and education.

Now her organisation delivers safeguarding training and workshops for children on FGM, forced marriage and honour-based violence. “The information that we teach in a workshop could save somebody’s life,” she says.

Her big worry about the new guidance is how it will be implemented. “You can’t just expect schools to make cuts and still find a way to provide this teaching,” she says. She fears that as teachers are overstretched, the guidance may not be followed. “The government needs to make sure that all schools do it.”

She also thinks few teachers have enough training to deliver sex education that covers LGBTQ+ issues, honour-based abuse and FGM. “If you do the wrong thing in an honour abuse, forced marriage or FGM situation, it is life and death.”

• This article was amended on 4 March 2020. An earlier version cited concerns that the RSE curriculum was “not statutory”. To clarify, the Department for Education encouraged schools to adopt the curriculum from September 2019, but it will be mandatory in English schools from September 2020.